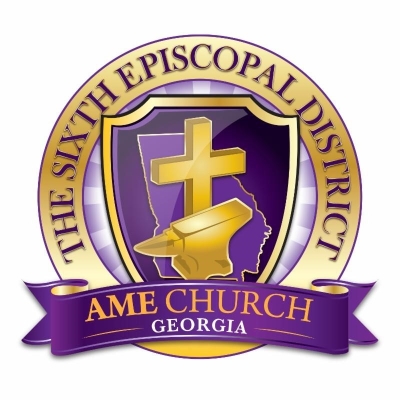 Reginald T. Jackson, who has been selected as an At-Large Delegate to the Democratic National Convention to be held in August in Milwaukee, Wisconsin.

Pastor Eagle successfully argued for the Ist Sunday in May declared as “Mothers Who Have Lost Loved Ones to Violence in the Streets Day” in the City and County of Los Angeles by the Los Angeles County Board of Supervisors, Los Angeles City Council, the Mayor’s Office and Office of the City Controller. Additionally, Dr Eagle made a successful presentation to the Mayor and City Council members of the City of Long Beach, California to acknowledge affected mothers as well.

Pastor Eagle’s former spouse is deceased; they raised a son Michael II (Tiffany) and daughter Marche’ (LeSean) and have been blessed with grandsons Asa and Lescano.

Marques Allen Bruce received his Bachelor of Philosophy degree with a minor in Writing and Rhetoric from Colgate University, Sunday, May 17, 2020 during the virtual conferring of degrees. President Brian Casey, so warmly and reflectively stated that "This is my class."  He became president in 2016 when this class of graduates commenced their higher education journey.

He noted that this class was "His first that he met on move-in day and the first to hear him deliver an address in the Chapel. For four years; on good days that were good, harder, complicated and stressful, they climbed the Hill together."

Marques graduated in the top 10% of his graduating class from Edgewater High School, Orlando, FL. He played football and was awarded the USA Army Defensive Player of the week in 2015. He excelled academically with membership in the National Honor Society.

He was one of eighty-five (85) Top Scholars of Orange County Public Schools (OCPS) in 2016.

This honor is awarded to graduating Seniors who have been accepted in prestigious and Ivy League institutions of higher learning such as Colgate University, Yale University, West Point, Harvard, etc.

Marques is the oldest son of Clifton and Aileen Bruce and the brother to David Keith who has finished his first year of college. He is the oldest grandson of the late Dr. Yale Benjamin Bruce, Sr., Former Director, Department of Worship and Evangelism, 1985-1992 and the Presiding Elder of the North Orlando District, Central Conference, Eleventh Episcopal District,  2000 – 2006. Gloria Sykes Bruce, School Library Media Specialist, Retired, is his doting grandmother.

Below is a link to the brief video, produced by his father, Clifton, depicting Marques from baptism by his grandfather, Dr Y. B. Bruce to his graduating as a Scholar Athlete from Colgate University, Hamilton, New York.

Your comments of congratulations are appreciated and can be emailed to: Marques’ parents at Vols3808@yahoo.com or brucesgs@bellsouth.net, Mrs. Gloria S. Bruce (grandmother).

Congratulations to the Reverend Dr. Jonathan C. Augustine, senior pastor of St. Joseph AME Church (Durham, NC) and national chaplain of Alpha Phi Alpha Fraternity, Inc., on his most recent publication, "A Theology of Welcome: Faith-Based Considerations of Immigrants as Strangers in a Foreign Land," featured as the lead article in the spring 2020 issue of the Connecticut Public Interest Law Journal (volume 19.2). In addition to being a former law professor at Southern University, Dr. Augustine also taught Christian Ethics at Jarvis Christian College. His interdisciplinary article, rooted in immigration law and ethics, takes the Trump Administration to task on its discriminatory treatment of Mexican nationals at the U.S./Mexico border, as well in its immigration policies, while also calling on faith adherents to engage in civil disobedience when they deem such governmental action to be unjust. Dr. Augustine earned his undergraduate degree from Howard University and Master of Divinity from United Theological Seminary. He also earned his law degree from Tulane University and doctorate from Duke University.

The article may be read here: https://cpilj.law.uconn.edu/wp-content/uploads/sites/2515/2020/06/A-Theology-of-Welcome-Faith-Based-Considerations-of-Immigrants-as-Strangers-in-a-Foreign-Land-by-Jonathan-C.-Augustine.pdf

Comments may be sent to: jayaugustine9@gmail.com. 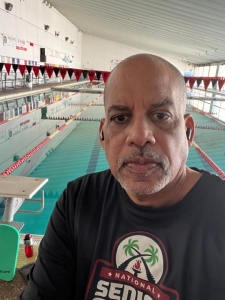 Dr. Herman O. Kelly, Jr. Pastor of Bethel African Methodist Episcopal Church was selected by the Strategic Communications Department of Louisiana State to speak as a Racial Equality Expert. He was selected and added to a list of experts to speak to the media regarding race, community engagement, and the civil rights movement.  Dr. Kelly teaches in the African and African American Studies Program and Human Sciences and Education Department. He also serves as Finance Chair for The African and African American Studies Program. Dr. Kelly is a graduate of Morehouse College BA., Springfield College M.Ed, Boston University School of Theology M.Div., Memphis Theological Seminary D.Min. He is also the Editor of The Black Rhetorical Traditions in The Civil Rights Movement.

*Reverend and Mrs. Lionel Jackson are honored to announce the upcoming marriage of their daughter Kaitlyn Marie Jackson to Deaunte Rashad Gay on July 3rd 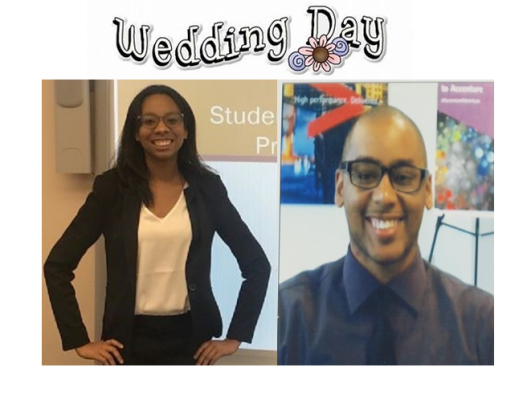 The Reverend Lionel Jackson and Sister Keatrina Marie Jackson of Pineville, Louisiana are both honored to announce the marriage of their daughter Kaitlyn Marie Jackson to Deaunte Rashad Gay on July 3, 2020.   Reverend Jackson is the senior pastor of Gaines Chapel AME Church in the city of Natchitoches, La, Bishop Julius Harrison McAllister Sr., Presiding Prelate of the Eight Episcopal District is his bishop.  Reverend Lionel Jackson is a retired chaplain from The Department of Veterans Affairs, with 24 years of Federal Service.  He was ordained an Itinerant Elder in 1994, and has pastored several churches, all within the Eight Episcopal District. Rev Jackson is a Candidate for the Doctorate of Ministry Degree at Regent University School of Divinity. Sister Keatrina Jackson is a retired Registered Pharmacist from the Department of Veteran Affairs, with 34 years of federal service. Rev Jackson will be officiating the ceremony.

Kaitlyn is the youngest child of Rev. Lionel and Keatrina Jackson. She graduated from Northwestern State University in Natchitoches, La on December 14, 2018 with a Bachelor of Science Degree from the College of Education and Human Development where, she majored in Early Childhood Education Grade PK-3. She obtained an overall GPA of 3.58 while at Northwestern State. She is a current member of Bethel AME Church in Alexandria, La where she previously served as President of the YPD. She has previously served as First Vice-President of YPD in the Central North Louisiana Conference. She was hired as a Kindergarten teacher at L.P. Vaugh Elementary School in Natchitoches, La., while serving as a student teacher prior to her graduation in 2018.  Because of her exceptional work in the classroom, she was retained by L.P. Vaugh as a kindergarten teacher for the following school year of 2019-2020. She was well loved and appreciated by both her students and faculty. She enjoys the arts and reading.

Deaunte Rashad Gay her fiancé, is the son of Ms. Monique Glasper. He is a graduate of Northwestern State University’s School of Business with a Bachelor of Science Degree in Computer Information.  Deaunte is currently employed as a Marketing Operations Analyst for The H.E.B. Corporation in San Antonio, Texas. He enjoys video games and sports.

The ceremony will be held July 3, 2020 at 12:00 Noon in the Chapel at Bayou Haven, a private event’s center in Alexandria, Louisiana. All praises are due to our God and His dear Son Jesus Christ our Savior for His rich blessings upon our family, friends, and those who have been beacons for us on our Christian journey.

Well wishes can be emailed to: temperance.0810@gmail.com   (Rev. and Mrs. Lionel Jackson).

The Nashville District of the Tennessee Conference of the Thirteenth Episcopal District, joins with Payne Chapel AME Church and St. James AME Church family in congratulating Reverend W. Antoni Sinkfield, PhD., Pastor, for successfully defending his dissertation entitled: “The Voice of One Crying in the Wilderness: An Analysis of Black Preaching within the African Methodist Episcopal Church as a Rhetorical and Stylistic Tool for Leading Social Mobilization and Transformation.”

Words of commendation and well wishes can be emailed to: payne_1@comcast.net, Rev. W. Antoni Sinkfield, PhD.